Save With An IRA

Be a Genius like Einstein. Save with an IRA.

Einstein was a genius whose teachings brought us quantum leaps in physics and science, but he also knew a thing or two about planning ahead. He once said—to Shelley's amusement—“Compound interest is the eighth wonder of the world. He who understands it, earns it.”

Basically, Shelley says this means that the sooner people start saving for retirement, the better off they’ll be. “Compound interest means you are making money,” she says.

IRAs are a popular mechanism for saving for what is estimated to be just over a third of the population—people who are entrepreneurs or who work for organizations that do not offer their employees a pension or employer-sponsored 401K retirement plan.

Nevertheless, Shelley notes that 401K plans are the best way to save. She recommends that employees should start by saving a minimum of the company match. “From that point forward, commit to putting your annual raise towards your 401K,” she says.

“If you don’t have a retirement plan through your employer, you can set up an IRA and fund it monthly through systematic deposits,” Shelley said. “And you don’t touch it in an emergency.”
The annual cap on IRA savings is currently $6,000; $7,000 for people over 50.

Shelley says there are numerous types of IRAs that can suit the needs of people in all life circumstances. As said on BankRate.com, the one common goal for all successful retirement savings plans is, “consistent saving coupled with a reasonable rate of return over a long period of time.”

Shelley recommends people set a long-term savings goal of about 10 percent of their annual salary for retirement; for example, if you’re making $50,000 a year, tuck away just $96 a week. “The key really is learning how to live on 90 percent of your paycheck from the get-go and not to rely on credit to finance your lifestyle,” she says.

Shelley also recommends if you have credit card debt, to pay them off one by one. “Keep one credit card for emergencies but live on a budget and pay yourself first,” she says.

She adds, “Americans are woefully unprepared for retirement. We don’t have a culture of saving and deferred gratification. Everybody wants to buy stuff now rather than save for it. The challenge is to make saving a habit. If you don’t start early enough, you run out of time.”

Learn more about our retirement account options and explore practical ideas to help achieve financial security in retirement by visiting our Retirement Central.

Florence offers a wide range of IRA options and terms.  Call to set up an appointment at any branch by calling us at 413.586.1300 so we can find the IRA that works for you. 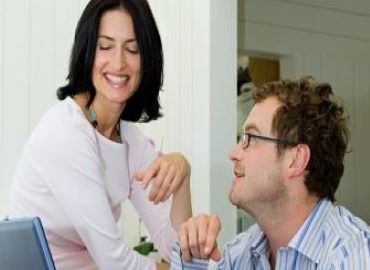 “If you don’t have a retirement plan through your employer, you can set up an IRA and fund it monthly through systematic deposits,” Shelley said. “And you don’t touch it in an emergency.”