We are pleased to announce that Matthew “Matt” Garrity has been named President and CEO of Florence Bank.

A Lee, Massachusetts, native, Matt is excited to return to Western Massachusetts. He brings extensive experience as a leader and promoter of growth along with a broad base of knowledge in serving both business customers and general banking consumers. He specializes in team management and embraces Florence Bank’s nurturing culture because, “Our biggest assets are our people. They are critical to success.”

“Florence Bank is a real gem—a jewel in the community, and I take that very seriously,” says Matt, who will initially live in Amherst. “The bank has been well-served by the people who came before me, and I’m excited about the opportunity to carry on the legacy.”

Matt is pleased to be working at a mutual bank, where the focus is on the customers and the community, rather than pleasing stockholders.

"All of the banks I’ve worked in have had mission-based objectives that impact the community,” he says. “Florence Bank has always been a community-centric bank, so our support is vital to the success of the communities we serve.

"Giving back is a big part of what Florence Bank is about, and that’s very important to me," Matt says. "We can be focused on how the bank performs and also on being as mission-focused as we can be to make sure the needs of the community are being served by what we do.”

In the first year—the 150th anniversary year for Florence Bank—Matt expects to focus on getting to know the Florence Bank staff and, over time, on growth, particularly further expansion into Hampden County, where Florence Bank currently has three branches.

John Ebbets, chair of our Board of Directors, says the search for a new president and CEO began in July and was led by Kaplan Partners, which broadcast the position throughout New England, parts of the Mid-Atlantic and Ohio.

A pool of 125 candidates was methodically pared to two finalists, each of whom met live with the full board, which sought a leader with vision, a history of execution and a willingness to embrace Florence Bank’s mutual culture. “Florence Bank has been a mutual bank for 150 years, and it will continue to be a mutual bank well into the future,” John says.

"Matt was chosen because he has demonstrated that he is a thorough, thoughtful leader,” John says. “He was excellent at offering analysis and strategic vision and came in with a framework of ideas. I believe Matt’s going to be really good at assessing and developing people as priority number one.”

Matt lived in Lee until seventh grade and then moved to Ohio with his family. He holds both bachelor’s and master’s degrees in business administration from Ohio University and chose banking as a career so he could help consumers achieve their financial goals. “It was an opportunity to help people and a good match for me professionally,” he says.

Matt’s first job was in consumer banking, but he quickly learned he was drawn to commercial banking and took a job as a credit analyst; he rose into leadership steadily over the years.

In 2009, he was recruited to serve as chief credit officer for a mid-size bank and rescued the organization from significant financial distress and the threat of closure via a federal cease and desist order.

Florence Bank had its strongest-ever financial performance in 2022, and Matt feels up to the challenge of forging future growth, particularly by continued expansion in Hampden County.

John explained that growth will not happen for growth’s sake. “That’s not the focus point. The bank’s expansion plan has been slow and steady. Going forward, that would continue to be the plan,” he says, noting that in addition to bringing jobs and increased philanthropy, the bank sees the opportunity to create products that will meet the distinct needs of people in the communities it serves as well.

The ability to affect customers’ lives serves as Matt’s inspiration as a bank leader, and he appreciates that each day brings new economic and regulatory challenges. “Having direct input on customers’ lives and how the bank is performing at the same time is really impactful,” he says. “You can really get done with a day’s work and know you’ve accomplished something.”

Matt, a volunteer and board member for many years with the American Red Cross in Greater Cleveland, will begin his work at Florence Bank by getting to know team members, customers and community partners. “That’s my job, and I take that very seriously,” he says. “Community banking is about developing relationships. That will be important. I’m going to be very busy.” 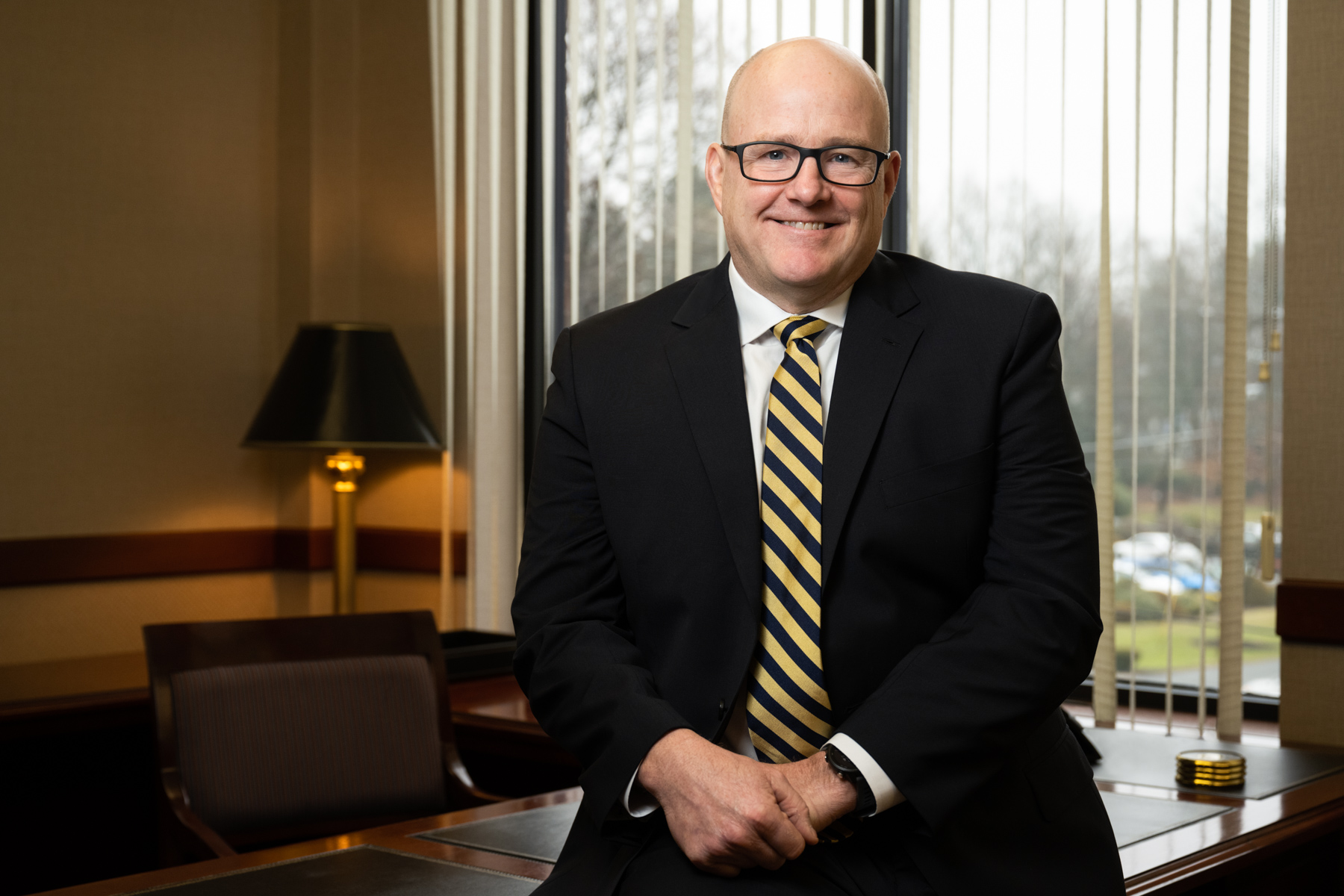 "Giving back is a big part of what Florence Bank is about, and that’s very important to me."